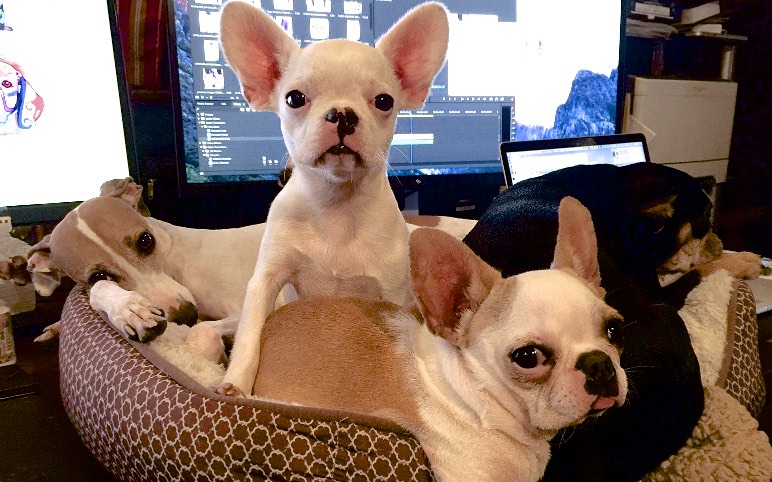 How Having Dogs at Work Can Alleviate Employee Stress

The study took place over a single workweek. Employees were divided into three groups:

Employee stress levels were measured using a visual analog scale (VAS) and by measuring morning cortisol levels. A VAS is a psychological measurement tool used in questionnaires. It’s designed to assess subjective characteristics or attitudes that cannot be directly measured. Study participants give their level of agreement to a VAS question by picking a position (for example, “none,” “mild,” “moderate,” or “severe”) on a continuous line between two end-points.

VAS scores were lowest for the DOG group, middle-of-the-road for the NOPET group, and highest for the NODOG group. Interestingly, the stress level of employees with dogs at home increased significantly as the day wore on, indicating working pet owners may grow anxious the longer their dogs are left alone. 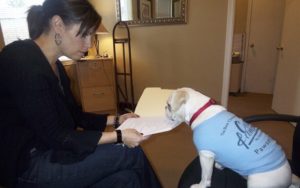 Over the course of the workday, stress decreased for the DOG group and increased for the NODOG and NOPET groups. The NODOG group had much higher stress levels than the DOG group at the end of the day. Also, the researchers observed a marked difference in stress patterns for the DOG group depending on whether or not their pets were with them on a particular day. On days when they left their dogs home, the owners’ stress level elevated throughout the day very similar to the pattern of the NODOG group.

Employee feelings about dogs in the workplace ranged from mostly positive for those who brought their dogs to work, to mostly negative for non-pet owners who were bothered by noise, disruption or hygiene issues created by the presence of the dogs.

The researchers concluded their preliminary findings demonstrate dogs in the workplace may mitigate the effects of stress for their owners, and may also contribute to higher job satisfaction for all employees in the organization, regardless of dog or pet ownership.

Dr. Kathleen Ruby of Washington State University, writing for Clinician’s Brief, offers the following caution for veterinary professionals and employers who may be contemplating a bring-your-dog-to-work initiative:

This study indicated that while some love doggy colleagues, some do not. The bell curve reasserts itself in this debate and may divide as much as it unites. As pet promoters, veterinary professionals would do well to advise employers seeking to add pet visits to benefit packages to set guidelines about cleanliness, behavior, and owner/pet breaks before opening the office door to the dogs. Failure to do so may stress as many as it soothes.
Dr. Kathleen Ruby ,Washington State University