Animals play an important role in many people’s lives. In addition to seeing-eye dogs and dogs that can be trained to detect seizures, animals can also be used in occupational therapy, speech therapy, or physical rehabilitation to help patients recover.1 Aside from these designated therapeutic roles, animals are also valued as companions, which can certainly affect the quality of our lives. Is that companionship beneficial to our health?

The better we understand the human-animal bond, the more we can use it to improve people’s lives. This article summarizes what is known and not known about how animals help improve the health and well-being of people, and what the implications might be for helping people who don’t have pets of their own. Over 71 million American households (62%) have a pet, and most people think of their pets as members of the family. Some research studies have found that people who have a pet have healthier hearts, stay home sick less often, make fewer visits to the doctor, get more exercise, and are less depressed. Pets may also have a significant impact on allergies, asthma, social support, and social interactions with other people. 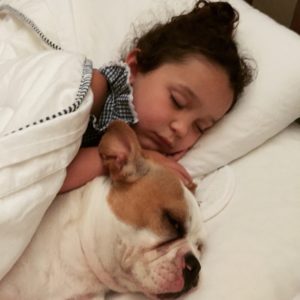 A similar study found that having your dog in the room lowered blood pressure better than taking a popular type of blood pressure medication (ACE inhibitor) when you are under stress. Other research has indicated that the simple act of stroking a pet can help lower blood pressure and cholesterol.

Children’s exposure to companion animals may also ease anxiety. For example, one study measured blood pressure, heart rate, and behavioral distress in healthy children aged 3 to 6 at two different doctor visits for routine physicals. At one visit, a dog (unrelated to the child) was present in the room and at the other visit the dog was absent. When the dog was present, children had lower blood pressure measures, lower heart rates, and less behavioral distress. However, research on the health benefits of child and animal interaction is still limited. Further research is needed on how pets influence child development and specific health outcomes.

Findings suggest that the social support a pet provides can make a person feel more relaxed and decrease stress. Social support from friends and family can have similar benefits, but interpersonal relationships often cause stress as well, whereas pets may be less likely to cause stress. The social support provided by a pet might also encourage more social interactions with people, reducing feelings of isolation or loneliness. For example, walking with a dog has been found to increase social interaction, especially with strangers, compared to walking without a dog.

Among elderly people, pet ownership might also be an important source of social support that enhances well-being. In one study, elderly individuals that had a dog or cat were better able to perform certain physical activities deemed “activities of daily living,” such as the ability to climb stairs; bend, kneel, or stoop; take medication; prepare meals; and bathe and dress oneself. There were not significant differences between dog and cat owners in their abilities to perform these activities. Neither the length of time of having a dog or cat nor the level of attachment to the animal influenced performance abilities. Companion animals did not seem to have an impact on psychological health but researchers suggested that a care-taking role may give older individuals a sense of responsibility and purpose that contributes to their overall well-being.

A large German study collected pet information (dog, cat, horse, fish, bird or other pet ownership) from over 9,000 people at two different times (1996 and 2001). The survey included a number of health, economic, and labor issues, so that respondents would not realize the researchers’ interest in a link between pets and health. Researchers found that people who said they had a pet in both 1996 and 2001 had the fewest doctor visits, followed by people who had acquired a pet by 2001; the group of people who did not have a pet at either time had the highest number of doctor visits. Similarly, a study of women in China found that those who were dog owners had fewer doctor visits, took fewer days off sick from work, and exercised more often than non-dog owners.

Research on allergies and asthma is mixed. Some studies show that having a cat might increaseallergen sensitivity, while others show it might protect against cat allergies.  Having a dog might not influence or might protect against specific dog allergies. A 2013 study found that mice were protected against allergies when they were exposed to dust that came from homes with dogs. The researchers discovered that the protective effect was due to a certain type of gut bacteria that is often present in people with dogs. More research is needed on the connection between allergies, asthma, and pets, but it is possible that the impact of having pets on allergies may depend on the age of the person at the time they are exposed to an animal as well as the type of pet. For example, 6 and 7 year old children who lived with a bird during their first year of life were more likely to have respiratory symptoms like wheezing compared to children who did not have a bird in the home as an infant. Likewise, researchers say that the timing of when a pet is in the family is also important. Children with dogs or cats in their home during the first year of life are less likely to develop allergies in childhood.

As is true with any relationship, some human-pet relationships are likely to be more rewarding than others. Some people are more attached to their pets than others and those feelings could influence the impact of the pet on the person’s health.  Other factors such as gender and marital status may play a role. For example, one study found that dog ownership was associated with lower rates of depression among women, but not men, and among single individuals but not married people.  So, while pet ownership might have a positive impact on well-being for some people, it doesn’t affect everyone the same way. 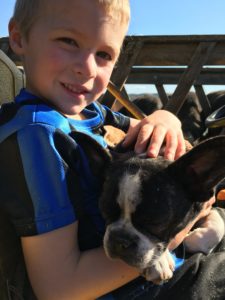 When a child has no brothers or sisters, research shows that pets help children develop greater empathy, higher self-esteem, and increased participation in social and physical activities.

The Challenges of Measuring the Positive Impact of Pets

The effect of human-animal interaction on health is not fully understood because it is difficult to study. Most evidence on the benefits of having a pet comes from surveys of current health, but that means it is impossible to know if a person is in good health because she has a pet or if he is more likely to get a pet because he is in good health. Someone whose health is poor may decide he does not have the time or energy to care for a pet. The German study described above suggests that having a pet for a longer period of time is more beneficial to your health; but it is also possible that people with pets have less time to spare to go to the doctor or are less concerned about their own health, especially minor ailments.

In addition, people who love their pets are likely to want to let researchers know that their pets help improve their lives. This could bias the study results.

Researchers have also used animals to temporarily provide companionship to children with health or mental health problems, or elderly people who may not have the energy or resources for a live-in pet. While these studies do not always have consistent results, some positive findings of interacting with a therapy dog include reduced levels of pain and anxiety among hospitalized children and adults, as well as increased focus and interaction among children with autism and other developmental disorders. In nursing home settings, interaction with visiting dogs has led to more social behaviors, more interaction among residents, and less loneliness.

While research on animal-assisted interaction and therapy is not always consistent and is often done with small groups of participants, there is some evidence that interaction with a companion animal even for a short time might have a range of benefits. 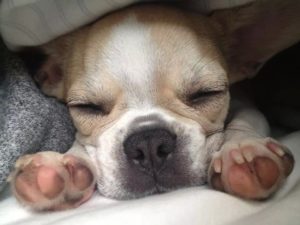 The research findings are encouraging, so it makes sense to conduct more studies on how human-animal interaction influences our health. We don’t yet know precisely what types of animals influence what types of health issues (physical, mental, and social well-being) and what characteristics about human-animal interaction are most important. People who have pets know that there are many benefits to having a companion animal, but we do not yet know under what circumstances those benefits are most likely. If research shows specific health benefits under specific circumstances, that information can be used to change policies in ways that benefit even more adults and children, by influencing rules and regulations for schools, health or assisted living facilities, residential treatment centers, and other places where people’s exposure to animals is sometimes discouraged but could potentially be encouraged.

For more scientific research about human-animal interaction, see How Animals Affect Us: Examining the Influence of Human-Animal Interaction of Child Development and Human Health by Peggy McCardel, Sandra McCune, James A. Griffin, and Valerie Maholmes.  The book is based in part on a workshop sponsored by the Waltham Centre for Pet Nutrition, a division of Mars, Incorporated, and the Eunice Kennedy Shriver National Institute of Child Health and Human Development (NICHD).

This article was updated in 2016 in the National Center for Health Research, written by Dana Casciotti, PhD & Diana Zuckerman, PhD